For the Love of 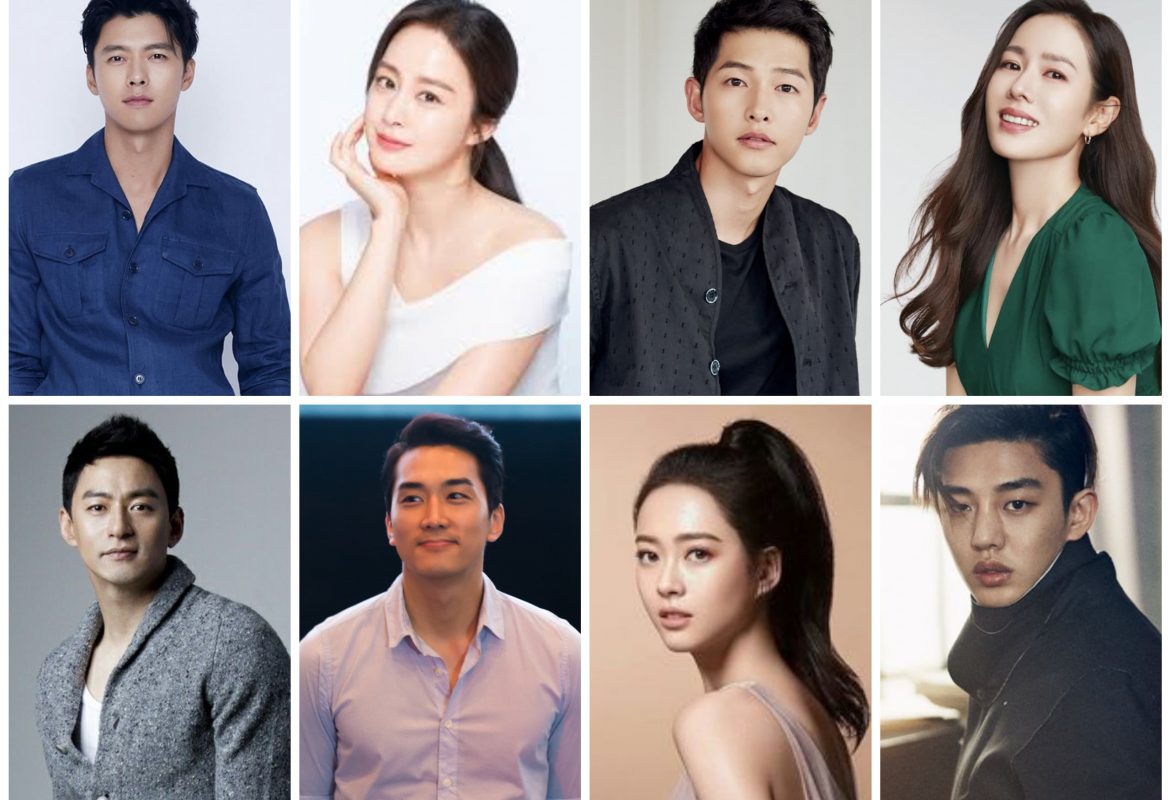 Grab a few bottles of Soju, some Korean snacks and get comfortable for hours of binge-watching some of the best drama series ever produced by South Korea. After I stopped watching K-dramas for more than 10 years, I stepped into the world of K-dramas again in 2020 during the Covid-19 lock down and after 2 episodes of “Crash Landing on You”,  there was no turning back. After it ended, I went on to the next series, and then another and so on. It ruined American shows for me. I have saved several American series in my To Watch list and rarely would I ever go more than 3 episodes. Regardless whether it’s superhero, supernatural, crime or thriller – the plots are always the same shallow storyline of argumentative, violent, crime-centred plot and the main actor with a superhero complex to ‘save the world’.

On the other hand, K-dramas are more eventful with twists and unexpected plots filled with depths of emotions.  I mean, you really have to give it to them for their brilliant script-writing! Here’s a rundown of my picks of the best K-dramas of all time that your fiancè will find tolerable and not overly cheesy with a balance of action, thriller and love story. If you haven’t already watched these, add these onto your playlist and your next few weeks of lock down is sorted. 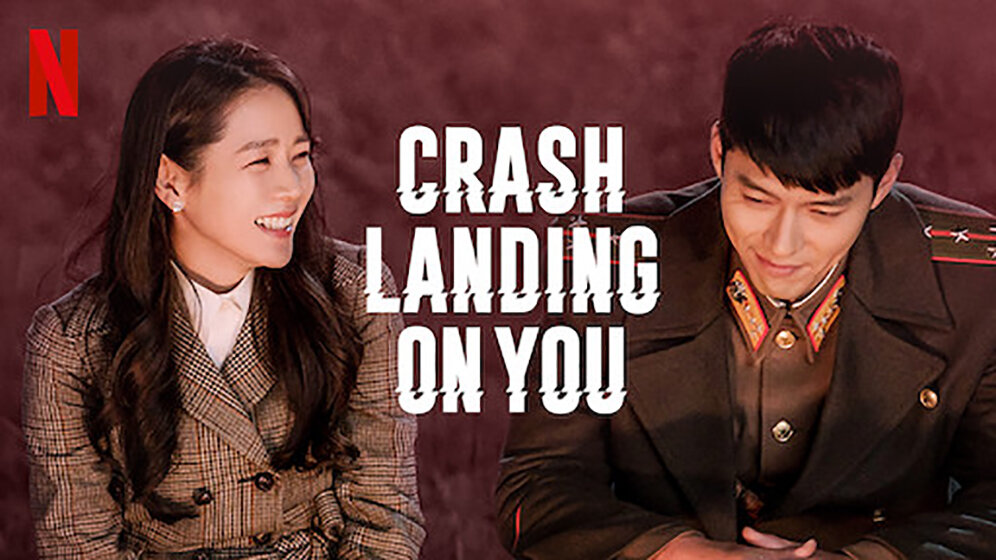 Nothing more needs to be said about this enormous hit that spawned a new wave of K-drama followers such as me. Fans rejoiced when Hyun Bin and Ye Jin went from reel life to real life couple!

“A woman attempts to enter high society by becoming the Queen in a 100th floor penthouse.”

The synopsis is short but a brilliant intro into what you would expect from this series. The Penthouse is set in a luxurious condo in Seoul called Hera Palace which dramatises the love, lives and business of the super rich who live here.  The evil characters and their insane actions make this show unpredictable, crazy and over-the-top dramatic. The plot and storyline are unrealistic, brutal and somewhat disturbing. You will either love it and be totally hooked from episode to episode; or you will not be able to tolerate more than 3 episodes.

Set during Korea’s Joseon Dynasty, Kingdom follows the story of Crown Prince Lee Chang who stumbles across an unnatural plague that resurrects the dead amidst his investigation of a brewing political conspiracy and rumours of the King of Joseon’s death. Amidst the chaos and death that ensues, Chang meets allies who try to make a stand in the city-state of Sangju before it spreads further into the province. The entire plot moves at a fast pace with scary-looking zombies whose unique characteristics are different from the zombies we are accustomed to.

This is a good one recommended by Rowena. If you or your fiancé is a fan of psycho crime thriller with insane plot twists, this is the drama for you. The scriptwriter was inspired by the Incheon Elementary School Murder case in 2017. Mouse follows Jeong Ba-reum, a steadfast police officer, whose life changed when he encountered a serial killer. This drove him and his partner to unearth the truth behind psychopathic behaviours. This also raises the questions, whether it is possible to scan a psychopath in the mother’s womb using fetal genetic testing? And if the child in the womb is a psychopath, will it be wise to have that child? Check out some awesome reviews on MyDramaList. 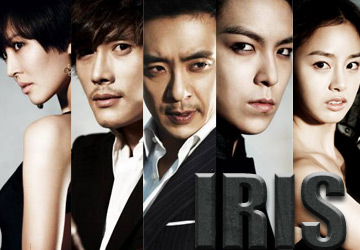 Iris is about a South Korean espionage drama series, revolving around two best friends recruited into a secret South Korean black ops agency known as National Security Service (NSS). As the two friends find their loyalties tested and forge new, unlikely alliances, the journey takes them from their home country to Hungary, Japan and China where they found themselves at the centre of an international conspiracy. With a budget in excess of 40 billion won (USD34 million, Iris along with its spin off Athena: Goddess of War, share the record for the most expensive Korean dramas ever produced. The chemistry between Lee Byun-hun and Kim Tae-hee in Iris is off the charts!

It was Rowena and Hayley who recommended this show back in March 2020 when we were all stuck in our homes and I was bored to death (pun intended). Black is the story of a grim reaper who is forced to track down his fugitive partner and ends up breaking supernatural rules against involvement in human affairs. There’s comedy, melodrama and thrilling twist to the plot. It’s the kind of show that’s fun to consume as you go along with just the right amount of suspense.

All the shows mentioned on my list are somewhat heavy and intense.  If you are looking for a lighthearted show, She was Pretty is a great romantic comedy that had me laughing in stitches in every episode. Hye-Jin was a once beautiful girl when she was young who lost contact with her childhood love. She lands a job as an intern in an editorial department of a fashion magazine. To her surprise, her boss is her childhood love! To make matters awkward, he only remembers her when she was once pretty and doesn’t recognise her at all. Too embarrassed to reveal the truth, she hides her true identity while scrambling to keep up with her new job.

I watched it because it had my favourite man Jang Dong-gun but I was hooked on it by the end of the 2nd episode and fell in love with all the other characters in the series. It tells the story of an epic struggle for power in the mythical land of Arth. It is directed by award-winning director of Misaeng and Signal and the writing team behind Six Flying Dragons and Tree with Deep Roots. When it was first aired, many compared it to Game of Thrones. However, Arthdal Chronicles ‘ plots had its own distinct direction and entirely different from GOT. The only thing I hate about this series is that it ended on an ambiguous note, signalling a possible 2nd Season that may or may not happen. Boo.. !

I’m constantly in awe by the creativity of South Korean’s writers, consistently delivering unique stories and plots with fast-paced story-telling. Usually all you need is 1 episode to get you hooked on a new series. This is one of those. The show centres around the love story of Shim Cheong, a mermaid, and Heo Joon-jae, a witty con-artist. Focusing on rebirth, fate, and unrequited love, their tale is juxtaposed with the parallel story of their Joseon-era incarnations – the mermaid, Se-hwa, and town head, Kim Dam-ryeong.

Descendants of the Sun took the world by storm with its beautiful love story but I find that it is not as emotionally engaging as Crash Landing on You. It delivers just the right amount of melodrama to tug at the heart. The drama tells the love story of a special forces soldier played by Song Joong-ki and a medical doctor portrayed by Song Hye Kyo. The series became so hugely popular that it has been credited for the rise in tourism to Korea after it was aired back in 2016.

Although I typically shy away from horror films, I couldn’t stop watching this until the end. Every episode is scary and intense. With some of the best horror films coming from Korea, you can expect the series to be just as haunting. It is not a

This drama is about exorcism and sharmanism.

It’s 2021 and I’m still hooked on Empress Ki. No other Sageuk has come close to this other than favourite Chinese historical drama of all time – The Rise of Phoenixes. Empress Ki series is an epic, emotional rollercoaster ride that leaves you wanting to watch the next one with each cliffhanger at the end of every episode. It is a story about a Goryeo-born, lower class woman who ascends to power to become an empress of the Yuan dynasty despite the restrictions of the era’s class system. All the actors and actresses were brilliant in this show. 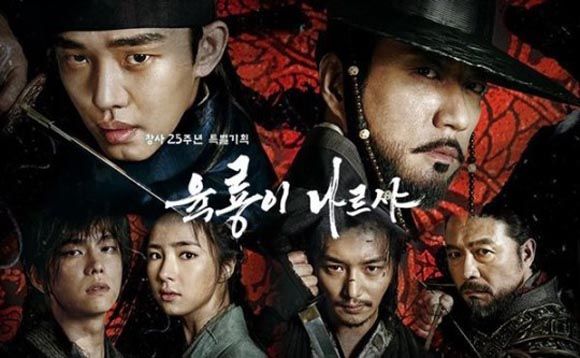 This is a drama that requires you to be focused and emotionally invested to be committed to 50 long episodes. However, don’t be put off by it if you and your fiancè are fans of historical drama. It is seriously the Best Historical Drama! The story tells about the foundation of the Joseon Dynasty in Korea and the ambitions, success and conflicts of several real and fictional people, with a focus on the young prince Yi Bang-won, later known as King Taejong. It shows the tale of how the corrupt ruled and how much it took to change an entire government and regime. The characters are complex yet interesting, and the plots are complicated. That is why you will need to pay a full attention as you watch or else you might get confused about the storyline. All the actors delivered a riveting performance. For a full review, read it here.

14) Saimdang, the Memoir of Colors

This is a fusion modern-sangeuk show based on the Joseon-era calligrapher Shin Saimdang, who is the first woman to appear on a South Korean banknote (50,000 won). Saimdang costed USD18.5 million to produce, surpassing “Moon Lovers: Scarlet Heart Ryeo”, which was produced with USD13 million. According to the Korean Herald, its Chinese rights were sold to Emperor Entertainment, a Hong Kong-based company, for USD267,000 per episode. If you appreciate Asian art and calligraphy, this is a must-watch. Read the full synopsis on Korea.net.

So, what do YOU think of these choices? Let me know in the comments and feel free to share your list too!

The Best Babi Guling in Bali

Send me an email :alicejane@kazron.com